My Dog Keeps Bringing Me Things. Why?

My Dog Keeps Bringing Me Things. Why? 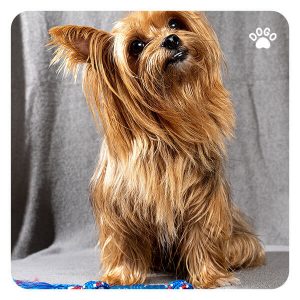 It is natural for pets to carry things in their mouths. Holding something in their teeth boosts your dog’s confidence and calms them during stressful times. It also allows your pet to release their excitement and some of their hunting instinct safely. Depending on the breed and their original purpose, some dogs had this part of the hunting chain in particular reinforced so that they would bring prey to the human without tearing it apart. Although our pets are no longer destined for hunting, the instinct remains. So why does your dog keep bringing things? We will answer it in this article.

One of several reasons dogs bring various objects in their mouths is excitement. This behavior happens very often when the parent comes back home or when something unusual happens, and the dog has a burst of endorphins. They usually run for their toy, bring it to their human, and toss the toy in front of them. It is the dog’s way of trying to release accumulated energy. That behavior is good because the dog is letting off tension in a safe way for them.

However, it sometimes happens that instead of toys, the dog takes any object, e.g., shoes. It’s good to show your dog that they can spend their energy on a specific object (their toy) so that they don’t destroy your things. On the other hand, picking up human objects can sometimes be simply dangerous.

This behavior manifests itself most often in sheepdogs and retrievers, but any pup can have these tendencies.

Another reason your dog brings you things is that they want you to play with them. For example, dogs often get their toys and put them next to you, but when you bend down to pick them up, they immediately grab them again in their mouths. It is typically an invitation to play tug-of-war. 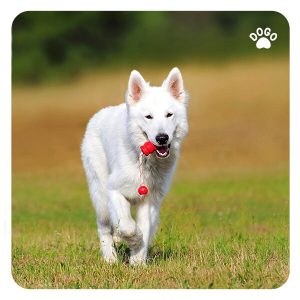 Additionally, dogs are commonly taught to fetch objects, so the pattern of bringing something to the parent is learned, and the dog gets some benefit out of it. Finally, playing with the dog and throwing the toy they carried is a great reward for most dogs. If you have taught your pup to fetch a ball using treats as a reward, dogs often try to enforce such a reward in the early stages by fetching random items. They learn what is profitable to fetch and what is not with trial and error.

A common reason for bringing something in their mouths is also a need for attention. Dogs are brilliant, and when they are bored, they initiate play or interaction with their human.

Puppies learn the world by taking everything in their mouths like babies, and owners chase after them and pull these items out for fear of damage or the puppy’s safety. The dog, at this point, learns that if they steal something, they have their parents’ full attention. The cleverer dogs use this skill later in life as well.

Very often, it happens that when you do not have time to give full attention to your pet, and they are bored, they will start to plot and look for a way to receive attention. Some dogs sign, others force attention through physical contact, and still, others find objects to steal. If a dog takes your shoe or clothes from the dryer to their mouth, there’s a good chance their human will start talking to them or chasing them. That’s great fun (for the dog)! :D In these instances, as long as it’s safe to do so, the best course of action is to ignore this behavior and redirect the fun to the dog’s toy. If dogs see that stealing human things doesn’t work, they will stop doing it. However, it’s essential to be consistent and patient here. 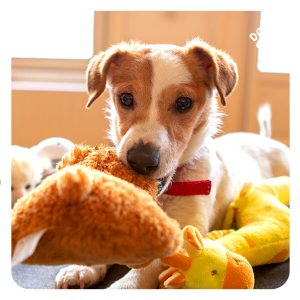 You already know the top reasons why your dog keeps bringing you things. Often, it’s the excess of energy or the desire to play. Therefore, it is crucial to provide proper stimulation and meet your dog’s basic needs. It will require commitment and time on your part but will ultimately eliminate this type of undesirable behavior.