Dog Body Language – What is Your Dog Trying to Tell You?

Dog Body Language – What is Your Dog Trying to Tell You? 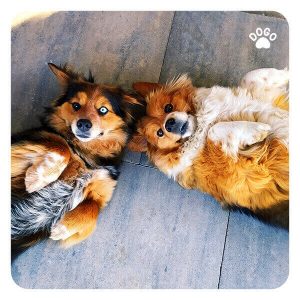 The process of domestication of dogs began several thousand years ago and brought many benefits to both humans and pets. Over time, they have become companions to humans. Initially, dogs served humans mainly as farm animals. However, the closer the canines became to humans, the more they wanted to understand their language. For this reason, a scientific discipline dedicated to studying canine body language developed. This article will focus on dog body language and help you understand what your dog is trying to tell you.

Dogs communicate using both verbal and non-verbal signals. The first includes a whole range of vocalizations: barking, growling, howling, squealing, etc. However, most often, dogs use their body language. For non-verbal communication, a dog generally relies on each part of their body. You should pay particular attention to the head – the dog’s ears and mouth, and tail. Although dogs are unfamiliar with deeper human feelings, such as embarrassment or contempt, they have the same range of basic emotions, such as happiness, sadness, fear, anger, and frustration. 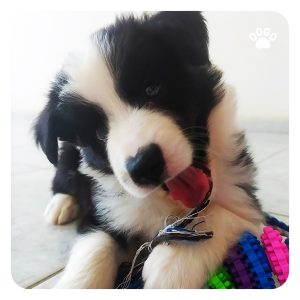 It’s not difficult to recognize happiness in your own dog. Canines can’t smile like people, but their faces often look as if they do. It is thanks to relaxed muscles and a slightly open mouth. However, the dog’s mouth must be truly relaxed. It often occurs that people, when meeting unfamiliar dogs, mistake stressful yawning for the “smile.” The tail of a happy dog makes energetic movements from side to side. Together with the tail, the whole bottom of your dog sways. The dog’s ears are then also relaxed, as is their whole posture.

A dog that is experiencing anxiousness will tend to avoid eye contact. Nevertheless, the eyes will remain gazed at some point. The ears will also alertly pick up any sounds from the environment. The dog’s mouth will usually be closed, but if it is open, then their lips will be tight, and they will lick and or yawn nervously. Their body and tail will likely be still and slightly lowered. Anxious dogs will sometimes wag their tail, but this is a careful, slow movement that is not a sign of joy.

Every dog reacts differently to fear. Dogs will often curl up; some will roll over on their backs to show their submission. Others may bark loudly, jumping up and running to the danger, or growl fearfully stuck to the ground. Eyes may be wide open, gaze darting in all directions or squinted, casting glances to the side. Ears laid flat against the head, which will be lowered and instead turned to the side. The dog may be licking or yawning because they want to send calming messages. The tail of a frightened dog will be stationary, lowered, or even tucked under the belly – between the legs.

When a dog is afraid, their primary goal is to survive the danger. Therefore, note that an intense fear can often turn into aggression according to the principle “the best defense is to attack.” 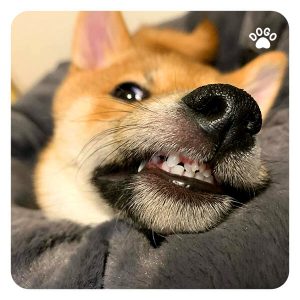 A dog who is feeling anger behaves in a very distinctive way. Every muscle in the body is tightly tensed, and the body weight is shifted to the front paws. The fur, especially along the back is ruffled. The animal’s gaze is focused on the target, and the ears lie flat along with the head. The body posture may be accompanied by growling and baring of teeth. Such messages signal that an attack may be imminent.

In this situation, do not look the dog straight in the eye, as they will perceive it as a challenge. Looking straight into a dog’s eyes is a threatening message. Dogs that feel comfortable around people and are well socialized will not have a problem with this. However, remember this when you meet a strange dog. Also, do not walk directly towards an aggressive dog or make sudden movements.

When a dog feels stressed or simply uncomfortable, they send out a series of calming signals to show that they have no bad intentions or simply want to release the tension. While the other dog will read their meaning perfectly, it might be problematic for humans to do so. The most common calming signals include:

Calming messages are often very inconspicuous, and as a result, they are ignored or overlooked by people. However, this misunderstanding or missing of these signals leads to accidents such as bites. If all the calming signals fail and the dog feels further threatened in some way, they can turn towards aggressive messages. It is why it is so essential for every pet parent to be able to read the signals that their pup sends and understand dog body language and what your dog is trying to tell you.