My Dog Lifts the Leg at Home. Marking Behavior

My Dog Lifts the Leg at Home. Marking Behavior 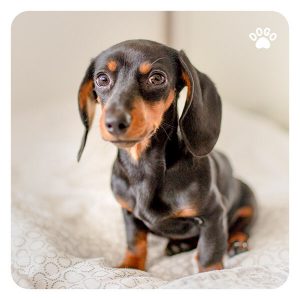 We all have seen dogs peeing with their leg lifted. The behavior is ubiquitous in males. However, also exhibited by some females, especially those with a stronger will. This behavior is driven by social status and exhibit, as well as hormones. Evolutionary speaking, the higher the dog pees, the further the wind will distribute the smell and pheromones in the neighbourhood. If the dog pees on the ground, it soaks the scent rather than spreading it to a larger territory. Leg lifting is normal behavior outside. However, marking inside can be very frustrating and embarrassing if the dog marks their territory at somebody else’s house. What is marking behaviour?

If you have had your dog since he was a puppy and he hasn’t had at least a month of accidents free in the house, your dog has never fully learned to do their business outside. You might find potty training resources helpful in the Dogo app. Marking behavior and incomplete housebreaking can go together. How to recognize marking behaviour?

Will Neutering Fix Your Dog?

If you have an intact male who cocks his leg over the furniture, edges, or any laying objects, there is hope that castration will decrease the behavior. A few studies have shown that castration has stopped or reduced the behavior by about ⅔. This indicates that not only sexual hormones are triggering the behavior, as well as social components. Dogs use urine to mark their territory. The predictor of whether the castration will successfully stop the behavior is influenced by how long the dog was allowed to mark. If the dog is a young adolescent who marked the territory a few times, castration is more likely to yield better results than in an older dog who has been exhibiting the behavior for years.

Even though castration prevents unwanted roaming and neoplastic development at an older age, we understand that the decision to go for the surgery is not light. You can talk to your vet about chemical castration. A vet can place a hormonal implant under the dog’s skin. Depending on the type, it will be effective for 6 or 12 months. After the implant effect wanes, your dog will be able to reproduce if that is desired. However, you will have the chance to test if surgical castration would effectively solve this behavior.

Make sure you get familiar with potty training resources.