When Does My Puppy Finish Growing?

When Does My Puppy Finish Growing? 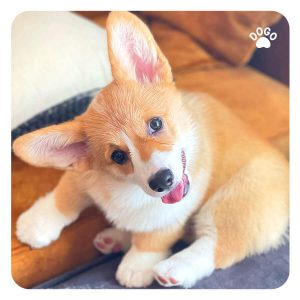 Puppies grow up so fast, seemingly growing by leaps and bounds in a matter of weeks. But when do puppies become fully grown adults? The answer varies based on your dog’s breed, genetics, and size. Smaller breeds develop quickly, while larger and giant breeds need additional time to grow into their full size.

On average, most puppies will become fully grown adults by the time they reach 1 year old, while others won’t be considered grown-ups until around 2 years old. Let’s look at what factors influence when your puppy transitions into adulthood.

Large breed puppies take almost twice as long to develop physically as smaller ones because they have so much growing to do. On average, dogs who will range from around 50 to 100 pounds as adults will become fully grown at around 15 months. Giant breeds who will weigh 100 pounds or more will fully mature physically between 18 months and 2 years of age.
Unsure of whether your dog is a small or large breed? Base their growth on the size of their parents, their physical characteristics, and even their DNA.

Small breed puppies have much less growing to do than larger pups. Tiny (but mighty!) breeds will be physically full-grown at 8 months of age, small dog breeds mature at 10 months of age, and medium breeds at 12 months of age. At this stage, their growth will be complete.

When are Puppies Sexually Mature?

While most dogs are considered adults between 8 and 24 months of age, sexual maturity may come much sooner. Small breeds may reach sexual maturity between 4 and 6 months of age. Large breeds will become sexually mature at between 6 months to 12 months old. While their bodies may not be fully grown, they will be ready to mate.

When do Puppies Mature Mentally?

So when does all that puppy energy go away? Puppies usually become emotionally mature prior to or around the time that their bodies stop growing. Emotionally mature puppies respond well to training and commands, like Dogo’s Basic Obedience Program, they settle down easily and become less destructive.